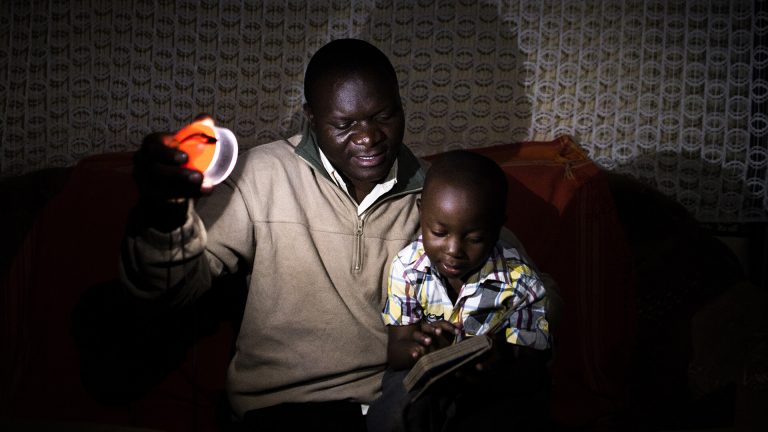 An electric light powered solely by gravity? It’s an astonishing story — and when it landed in my inbox last year, I knew I had to commission a film about it for our Facebook video channel, Zinc. After all, Zinc Facebook is dedicated to promoting positive social change and what could be more positive than a light that requires no fossil fuels, produces zero emissions and puts electricity within the reach of the world’s poorest and remotest communities?

With 38 million views, the resulting video swept easily into the elite ranks of ‘super viral’ Zinc Facebook videos. While one in three of our videos gets over a million views, we know we have something really special when a video gets into the tens of millions. What we really care about, though, is engagement — week-on-week our page frequently pulls in more likes, comments and shares than many of the world’s biggest media brands. In this case, an astonishing 3.3 million people engaged with the post, including 136,000 comments and 927,000 shares.

And the messages didn’t stop coming. People from all over the world wanted to know how they could get their hands on a GravityLight. One viewer wanted to know how she could buy a batch of lights for a school in Kenya with no access to electricity, while another wanted to distribute lights to a native American community in New Mexico so the kids could do homework after it gets dark. Connections were made around the world and GravityLight had trouble keeping up with the surging demand.

The effect on GravityLight’s own Facebook profile was equally dramatic. In the week the video was published, GravityLight’s Facebook page gained 265% more page likes, its post reach increased by 1,700%, and the company’s own videos gained a mind-blowing 11,400% more views than normal.

Anyone who has made videos for charities or brands will be familiar with the sinking feeling that comes when a beautifully produced piece of content disappears into the black hole of social media. On average, just 1% of Facebook videos go viral, while 99% might as well not have been made in the first place for all the impact they have.

That’s one of the reasons we created Zinc Facebook. We passionately believe that there is an audience out there for socially-engaged content and we set out to prove it. In Zinc Facebook, we have honed a machine for turning out highly-sharable content that genuinely raises awareness, shapes opinions and changes lives – and the proof of the pudding is in the eating – with one in three Zinc videos going viral. Thanks to our GravityLight video, one extremely worthwhile company has taken a major step towards its goal — and thousands more communities around the world are turning on the lights.