Michael Cogley from the Telegraph 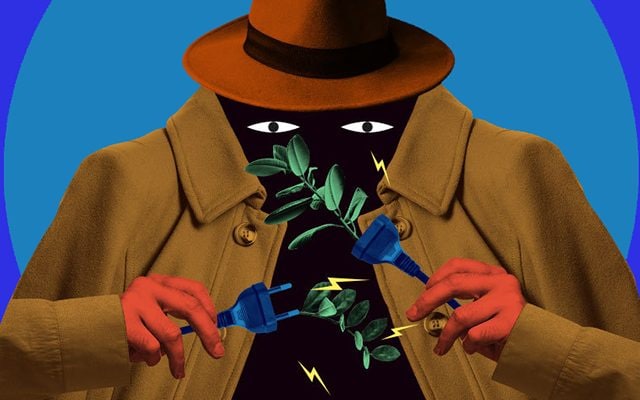 Michael Cogley from the Telegraph

The stickers, which used the logo of Extinction Rebellion, the campaign group, implored people to “preserve an endangered species of white Brits”. They described coronavirus as a “cure” to end the “disease” that was mankind.

The campaign – which received widespread attention on social media platforms including Twitter  – provoked an angry response.  It forced Extinction Rebellion to issue a statement that it had no knowledge of the posters, which were in “no way a representation of the principles and values held by the movement”.

So who was behind it? The Telegraph can reveal the campaign appears to have been the work of a hard right organisation that has been using  increasingly sophisticated tactics to spread its propaganda.

The incident is just one example of so-called alt-right groups using online message boards and messaging apps to organise hate campaigns and provoke a response.

In another incident earlier this month, right-wing trolls launched a campaign to disrupt gay-friendly virtual nightclub nights, including an event hosted in the UK.

The group behind the fake Extinction Rebellion posts is known as the “Hundred Handers”, an anonymous network of activists. It has also been using private messaging app Telegram to disseminate official logos and fonts to members so they can recreate their own versions of the stickers, according to an in-depth investigation by the Zinc Network, an agency that tracks disinformation.

“Private messaging services are difficult to monitor or police,” a spokesman for Zinc says. “They are being used by the far-right to misrepresent the views of environmental campaigners with the aim of turning people against one another and undermining community cohesion.”

Zinc describes it as “traditional tactics adopted for a digital age”.

That tactic seems to be increasingly widespread across Britain. The Hundred Handers’ Telegram page shows huge volumes of stickers appearing in places including Luton, Salford, Manchester, Calderdale, and Barry Island in Wales.

Some of the files in the Telegram folders also contain web addresses and Hundred Handers branding for followers outside the UK in countries like the US, Germany, Australia, Italy, and Spain.

Many of the slogans included in the packs refer to coronavirus and how its spread was linked to globalisation. “No borders, no defence” read one, “pubs closed, borders open,” stated another.

“The fake Extinction Rebellion stickers function in three different ways, with some appearing to present far-right views as those of the real group, aligning environmental concerns with xenophobia; others suggest the group is promoting immigration at the cost of locals; and finally some emulate real XR language while directing users to far-right internet resources,” Zinc said.

The “Hundred Handers” claims to have taken its name from the Centimanes of Greek mythology, which had a hundred hands. The group was reportedly banned from Twitter but still operates on Gab, a social media network popular with white nationalists.

Its last post from November 2019 called for members to send in photos and made reference to “infuriated anti-whites”.

The group claims it operates a “top down” structure but that members were allowed to pass their thoughts back up the chain. It encourages new members to buy a specific printer and email an address with their local town included. New members are then sent a zip folder including a range of its messaging.

It says that no names are ever used and that only “materials approved by the head” of the organisation are usable.

However, the group said a Twitter account masquerading as an East Midlands branch of the advocacy group began circulating the highly-offensive stickers and posters.

“It was an account that had been around for about 3-4 months and had been relatively dormant until then – this is apparently a common tactic of far-right groups, to set up a seemingly harmless page and only begin using it to create harm several months later once the page looks established,” a spokesman said.

“These posters do not belong to Extinction Rebellion and the messages are in no way a representation of the principles and values held by the movement,” the group said.

Extinction Rebellion said the account had been shared by prominent journalists who had fallen “into the trap of spreading this far-right propaganda far and wide”.

“We can’t stress how important a journalist’s role is in fact-checking and clarifying information before sharing,” the group said.

“This kind of irresponsible behaviour creates a media storm that puts good people’s lives in danger, people who are peacefully protesting for a better world.”

ESET cyber security specialist Jake Moore said the distribution of far-right communication had been a “byproduct” of improved encryption.

“People will jump on apps like Telegram and Signal because they’re built in a way that makes it nearly impossible to decrypt any of those messages,” he said.

“It plays into the hands of the criminals, but that can’t be seen as all Telegram’s fault. We can’t just say let’s get rid of encryption because that is handing back to the Government the ability to intercept anything they want.”

The Telegram app has enjoyed substantial growth in user numbers with the company reporting around 400 million people using it every month as of April. That represented a jump of 100 million in seven months. The seven-year old app was originally based in Russia but moved its headquarters to Dubai due to “local IT restrictions”.

Telegram did not respond to a request for comment.

Alt-right groups have made multiple efforts to launch cyber attacks during the pandemic.

The campaign was devised on notice board site 4chan and already claimed a DJ live-stream due to be held by HorseMeatDisco, which is a weekly gay nightclub held in the The Eagle in London.

The live-stream was due to be a fundraiser for HIV organisations. Police warned the group ahead of time about the “alt-right social media hate campaign”.

“Having done several dry runs with everything working perfectly well we ran into immediate difficulties when you all tuned in,” HorseMeatDisco said.

“The Facebook event simultaneously received high numbers of links to fake donation pages relentlessly posted by bots. This won’t stop us. We’ll be hosting this event very soon along with other fantastic broadcasts.”

The nightclub urged patrons to change passwords regularly and seek security advise to ensure their cyber security. The 4chan thread referenced “Pride Month” as a “code word for the degeneracy that is LGBT+ activism”.

Read in The Telegraph