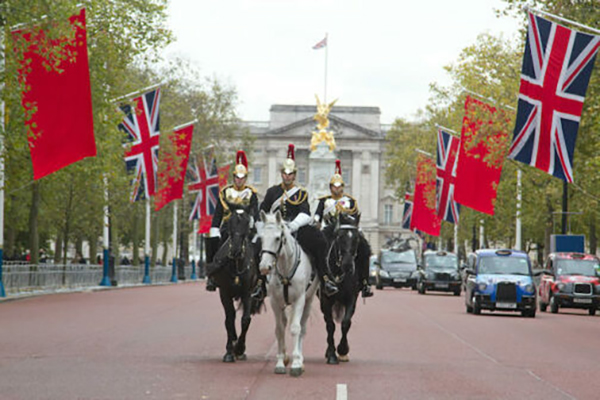 Our future relationship with China

Under David Cameron’s Government, the UK enjoyed a warm relationship with China. President Xi’s state visit to Britain in 2015 symbolised a new era of engagement, friendship, and cooperation, although his trip was marked by protests as well as pomp and ceremony. Five years on, the situation is more complex. Demonstrations in Hong Kong, the controversy over Huawei’s role in building the UK’s 5G network, serious concerns over the treatment of ethnic Uighurs, and allegations that China still has questions to answer around its initial response to the COVID-19 outbreak have prompted politicians to rethink their stance on China. But what about the British public?

The British public’s view on the world’s second-largest economy is little understood. Research carried out by the British Foreign Policy Group[1] found that 83% of British people “do not trust China to act responsibly in the world”, a similar number to those who hold the same view about Iran (85%) and North Korea (88%). We set out to better understand how young people feel about China, surveying over 800 18-34-year olds to assess their attitudes. The results may surprise you.

The research showed that although young people are concerned about human rights and security, they believe climate change should be the primary focus of UK-China cooperation – over and above any other issue, including democracy, human rights or trade. They ranked China as the second most important partner in the fight against climate change, behind only the USA. A total of 63% of those surveyed felt the global climate emergency couldn’t be tackled without China’s cooperation. Despite that, our research found there is very little knowledge among young people about China’s own efforts to tackle climate change, along with a lack of information about how the UK and China are cooperating on this issue. Over half of the participants said they didn’t consider themselves to be well-informed on either of these subjects.

The overwhelming majority of young people want the UK to cooperate with the Chinese government to tackle climate change. Yet recent, dramatic events are likely to impact the public’s views on any future cooperation. Since the COVID-19 pandemic, coverage around the country has been largely negatively framed; unsurprising, given the claims that COVID-19 originated in the wet markets of Wuhan. There has been a clear hardening of public attitudes in the UK, which may have led to increased violence and discrimination. In May, The Guardian reported that anti-Asian hate crimes had risen by 21% since COVID-19 arrived in the UK[2]. Several high-profile figures from the east and southeast Asian British communities have called on the government to launch an independent inquiry into anti-Asian prejudice.[3]

The Chinese state’s policy towards Hong Kong, in sharp focus given the controversial new national security law, combined with coverage about its handling of COVID, may mean relations between the West and China are strained further still. Despite this, climate change is the issue that under-35s care most about. And it seems unlikely that real progress in reversing global warming is achievable without significant collaboration with China [4]. Yet will continued pressure on China from western governments on the country’s behaviour erode young peoples’ desire for cooperating with the autocratic state? A state whose human rights record continues to worsen.

Historically the UK has shown itself to be adept at forging constructive international relationships with partners with whom they may not always agree. This is something we may need to do again as we forge a new path post-Brexit. To strike a delicate balance of navigating a series of complex national security challenges with China, while at the same time recognising the UK needs China to tackle the biggest challenge of them all.