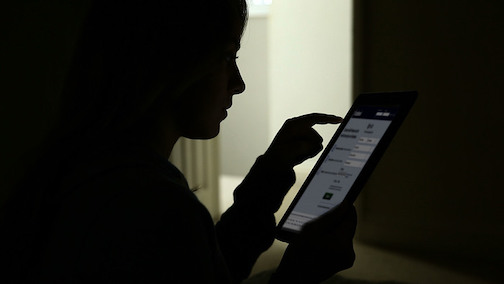 Every four minutes, analysts at the Internet Watch Foundation (IWF) find and remove a photo or video online of a child suffering sexual abuse. And since the outbreak of coronavirus, they are concerned about children spending more time online due to them being homeschooled. Many parents, now facing added work and life pressures, are unaware of their children’s vulnerabilities online and are less likely to assess their digital habits. As a mother to 3 children, including a teenage daughter, I feel the great urgency both personally and professionally to tackle this fast-evolving form of child sexual abuse head on.

The IWF most often see images and videos of children aged 11-13 being sexually abused, but it happens to children of all ages. Children are groomed and coerced into performing sexual acts online while in their own homes. It takes place across popular social media channels, private messaging apps and live streaming sites. And sexual abusers do not adhere to traditional stereotypes; they are a diverse group of adults, largely men in their 20s and 30s, who are sociable and technologically savvy. According to Simon Bailey, the national police lead for child protection, men aged 18-26 are emerging as a new group of online paedophiles having become desensitised to pornographic content due to overconsumption who seek more extreme content including child abuse imagery.

Technology and social media, at its best, connects friends, is a source of creativity inspiration and education, and helps families stay in touch. But it has also enabled abusers to establish relationships with young people fast. While traditional models of sexual grooming are more complex, involving numerous steps executed over months or years, online child sexual abuse happens much faster; with the initial contact, request, and production of material happening in as little time as an evening. Abusers are using a scattergun approach to yield results, requesting images and videos from hundreds of children concurrently in the knowledge that some will respond. All children with access to an internet-connected device are potentially vulnerable.

At Zinc Network, we tackle complex social issues, often through community or family-led interventions. In late 2019, we convened groups of girls aged 11-13 and their parents to explore their understanding of online child sexual abuse, and how we might support them in tackling it.

The parents we spoke to were universally concerned about their children’s use of devices and online activity, however many expressed a lack of knowledge about, or confidence in, responding to online harms. Although some had tried install protective measures, many admitted to sticking their head in the sand when it comes to online safety. This was substantiated by research from Mumsnet in 2018, which found that almost one in five parents and carers in the UK reported regularly letting their children use internet-connected devices without any supervision.

In contrast to parents, all the girls we spoke to were aware of this issue. Many admitted to having friends or peers who had received sexually inappropriate messages and requests from adults, and in some cases had received them personally. They revealed that these requests had become normalised, many laughing or shrugging them off rather than treating them as a violation of their right to be safe online.

All the girls we spoke to were reluctant to talk to their parents about the issue, concerned that their devices would be removed, which they wanted to avoid at all costs. In 2017 Parent Zone – a consultancy specialising in digital family life – reported 60% of children aged 12-16 do not talk to their parents about ‘difficult subjects they might come across online’. We can assume that the sensitive nature of online child sexual abuse receives even less attention in family discussions.

We’re proud to be working with the IWF to launch a national campaign that will help tackle this issue head on. Our development work so far has identified the following core objectives for the project:

· Bringing together a partnership of influencers, brands, NGO’s, government and tech and social media companies to deliver a unified response in a way which will connect with young people and their families to tackle this issue head on.

If you’d like to know more about our work in this field, or are part of a stakeholder group, i.e. tech company or NGO, that’s interested in supporting this effort, please contact us on media@zincnetwork.com. We’ll release more information about the campaign on our website and social channels in the coming months.

Read on The Independent